Entered violin-making school in Mittenwald, Germany. Completed all courses of the school in two and half years, and manufactured 11 instruments including 8 pieces of violins, 2 violas, and one cello.

Employed as an intern at a workshop of Herman Georg Wörz in Munich, Germany. After two years, obtained a certificate of a “Gesellenprüfung” luthier at a competition.

From 1973 to 1975, developed his skills at a workshop of Jean-Frédérique Schmitt in Lyon, France, where he perfected himself in the restoration of the string trio.

In June 1975, opened a studio in Nice, and worked on instruments of notable French and international artists, such as Ivry Gitlis, Christian Ferras, Aaron Rosand, Jean-Pierre Wallez, Emmanuel Krivine, the Pasquier family, Tortelier, and Navara. Later, relocated to Besanzon, and then Paris.

In 2009, returned to France and opened a workshop in Lyon.

In 2012, moved to Paris.
Spends his time between Japan and France since then. 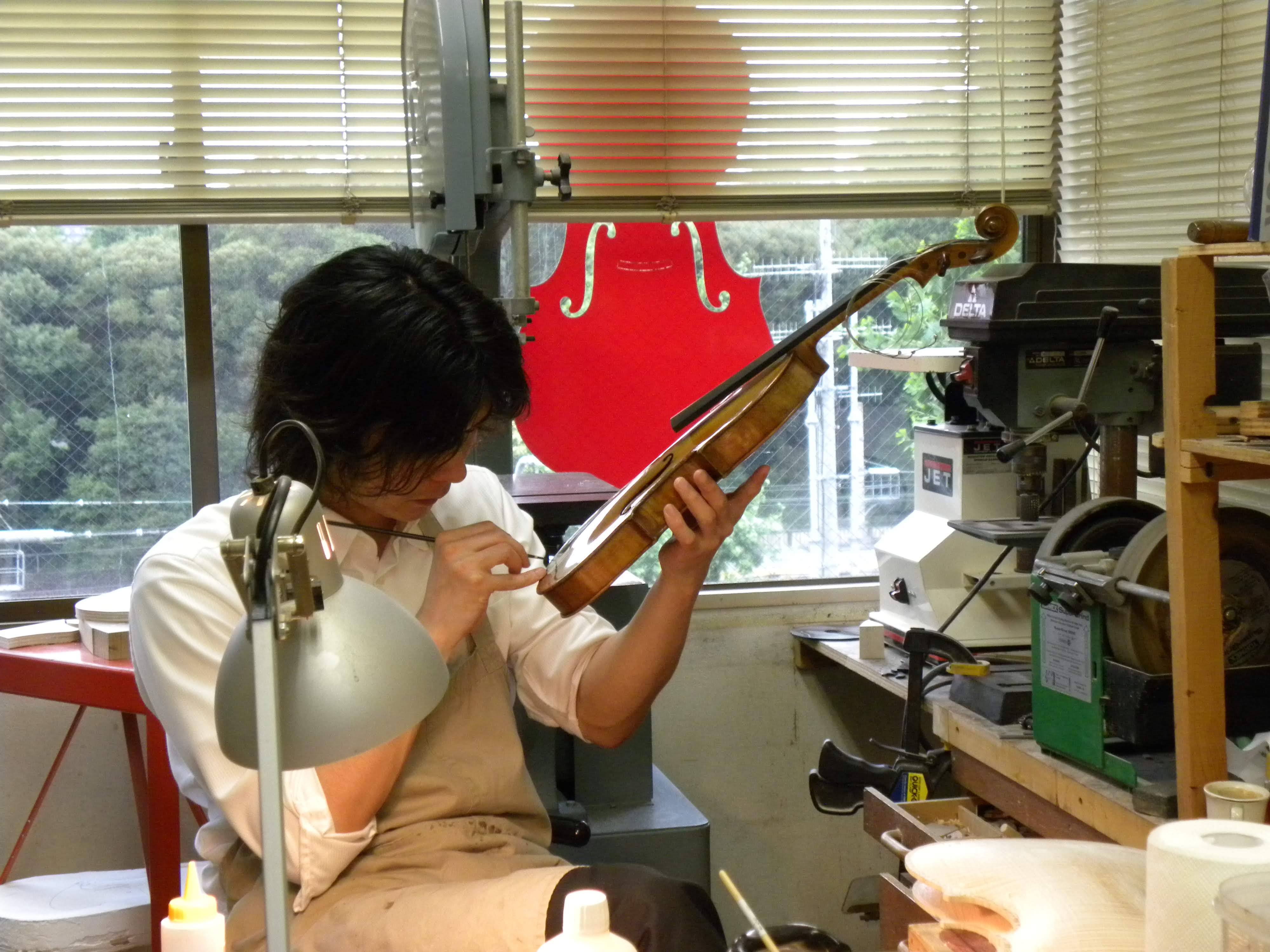